It makes no difference whether it’s a radical political group like Antifa or the White Nationalists, or a religious cult like the Westboro Baptists – the origins of these groups usually follow a discernable pattern. One or two charismatic individuals create a distinctive out of their own disproportionate response to a concern that may or may not be valid – and before you know it, they have a following, willing to do and say unthinkable things. My question is — what is it that draws people into such radical fringe beliefs?

Undoubtedly, there is some element of predisposition – but that doesn’t really explain their willingness to identify with groups that are so far outside the normative spectrum of beliefs and behaviors. Perhaps they already saw themselves as being socially disenfranchised – but that still doesn’t explain their affiliation with such groups. Could it be that there’s an anthropological group dynamic in play here – fueled by the need to belong? A sense of belonging that isn’t so much predicated on the particulars of the philosophy, as it is about being part of the faithful few who are willing to stand up and fight for a cause – no matter how ill-conceived that cause.

In a culture characterized by ambiguity and ambivalence, existentially set adrift – it shouldn’t surprise us to find people looking for tribal factions with which to identify. That there would be people in search of definition, purpose, and meaning within the context of a culture promoting the unmoored notion that purpose and meaning are what we make of them — only to find themselves ostracized for unwittingly having stepped outside of the spectrum of acceptability . . . “there aren’t any rules –Oh, but be sure not to break any of our rules.” In a world filled with such mixed signals, not only does confusion and chaos ensue, but invariably, all of these balkanizing factions devolve into a Nietzschian “will to power” struggle that only serves to validate the need to double down on those tribal beliefs . . . which only perpetuates the delusion of such ill-fated causes. 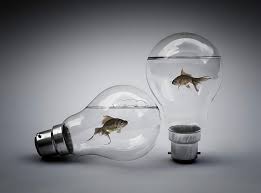 All of this is readily apparent when observed in its most extreme forms – but I have often found it at work in far more subtler shades within Christian culture . . . where the seduction of imagining ourselves as one of the faithful few is very strong. We can become so convinced with our own interpretations of scripture, until we don’t simply disagree with those with a varying interpretation, we are compelled to denounce them. But could it be that we have become blind to the hubris in fallaciously believing that our interpretations of scripture have the same authority as scripture itself? So that with such hubris we become divisive, promoting our inflated distinctive in the exact same way that radical fringe groups do.

Unity can neither be found in the tribal insistence that everyone agree in lock step, nor can it be found in the lowest common denominator of emptying out all of our faith values. But rather, it can be found in not allowing our theological distinctive to define us to the point where we no longer recognize the unity that already exists in Christ. Paul beautifully expresses this unity “[I] . . . urge you to walk in a manner worthy of the calling to which you have been called, with all humility and gentleness, with patience, bearing with one another in love, eager to maintain the unity of the Spirit in the bond of peace.” ~ Ephesians 4:1-3.

May our distinctive be our bond of peace that allows us to humbly love those with whom we disagree – so that in a world full of imposing factional voices demanding to be heard, our voice might be the sweet voice of grace inviting others to find their rest in Christ.