Numerous books have been written on how best to prioritize the people and activities in our lives – so as to keep us on track with the goals we’ve set for ourselves . . . because apparently this is something that we’re regularly distracted from, or confused about. Which is a pretty odd thing, when you think about it – after all, it is your life, and what you’re intending to do with it, that we’re talking about here. But one of the common themes in all of these books is the observation that our lives are in a constant state of being inundated with unfiltered demands on our time, talents, and resources . . . leaving us with an abiding sense of inadequacy.

And it’s because of the way that all of these demands claim to have unquestioned importance, we must sift through them carefully to determine their actual impact. Some even come cloaked in a desperate hand-wringing urgency, hoping that we’ll react before looking too closely at their veracity. But all of these claims are made under the guise of an assumed authority and we have to determine by what authority they are making their case. And whereas, it behooves us to acknowledge the genuine authorities in our life – all too often we reflexively give deference to presumed authorities, which in truth, are nothing more than conspicuous power struggles.

A very common form of this presumed authority is found in the psychological complexity, often associated with codependency – where the specific relational dynamics are so dysfunctional, that they can only ever begin to be disentangled after many hours of counseling. Then there is the presumption of political/ cultural agendas, all dressed up in a self-satisfied moral sanctimony, attempting to shame you into compliance and conformity – hoping that you’ll simply acquiesce to the force of imposed will. 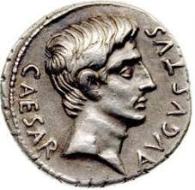 But sometimes there are genuine authorities in conflict, requiring us to examine which of them may have preeminent authority. As we read Matthew 22: 15-22 we find the Pharisees plotting to catch Jesus, in what amounts to be a political dilemma. They ask “Is it lawful to pay taxes to Caesar, or not?” So Jesus asks them for a coin and asked “So who’s tiny little face is this?” They said “Oh, that’s Caesar (a.k.a. the self-proclaimed god of Rome)” Then Jesus says “Well then, this belongs to him, and the tiny little kingdom he reigns over” (my paraphrase).

But that wasn’t the whole answer, Jesus also said “And give to God the things that bear his image – because those things belong to his kingdom” (again, my paraphrase). Caesar’s authority was indisputable, he had the sway and power of violence on his side — right up until the moment he didn’t . . . this is always the limitation of human authority. I don’t think it was simply incidental to the story that Jesus asked about Caesar’s image on the coin – because for his followers, this proportional contrast leaps off the page . . . as we know ourselves to be the ones who bear God’s image.

Therefore it is imago dei that defines our obligation to God’s authority – either we see ourselves as belonging to him, or we choose to live our lives as if we don’t. So when you find yourself triaging the people and activities in your life – you might want to give a thought to what is the preeminent truth about who you really are, and who’s image you bear . . . and just maybe, you should order your life as if you actually believed it was true.

This is my brother Jeff’s arrangement and performance of this great old hymn,
inviting us to render unto God what is already his . . .